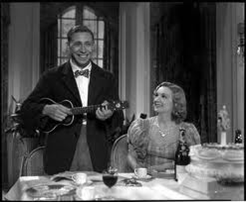 George Formby was the UK’s biggest box office attraction for years on end. The grinning ukulele player and singer of funny, innuendo-riddled little songs (“With my little ukulele in my hand”; “I blew a little blast on my whistle”, etc – you get the idea) was mobbed all over the country as he played, and his tunes and catchphrases have entered the national consciousness.

He’s still loved by many, retaining a far more prominent profile than your average 1930s comedian, yet he is something of a guilty pleasure. Many look down on him snobbily, and he is the target of endless pastiches and parodies. (It’s amazing and a bit sad that many of the same old North-South divide prejudices that Formby faced in his lifetime are still here today).  This nice little documentary from UK comedian Frank Skinner gives him his due, explaining his appeal and talent as a performer rather nicely.

Even this documentary doesn’t give much space to his films, which are often overlooked. Formby made 23 films, and all are usually dismissed as lightweight fluff in a sentence or two in most books or articles. Actually, beyond his songs, he was a fine performer, providing an updated version of the classic silent comedy model. They may not be terribly sophisticated, but his films are an important link between silent comedy, the music halls and the classic post-war Ealing comedies.  Look at them with fresh eyes, and there’s plenty to enjoy, including some terrific visual gags, not to mention George doing his own stunts . I’ve added a page to the directory of comedians that mainly focuses on his film career, with a bit of biographical info added in:

And if you haven’t seen any Formby films, I’d probably start with LET GEORGE DO IT, KEEP YOUR SEATS PLEASE!, TURNED OUT NICE AGAIN, NO LIMIT, GET CRACKING  or TROUBLE BREWING. 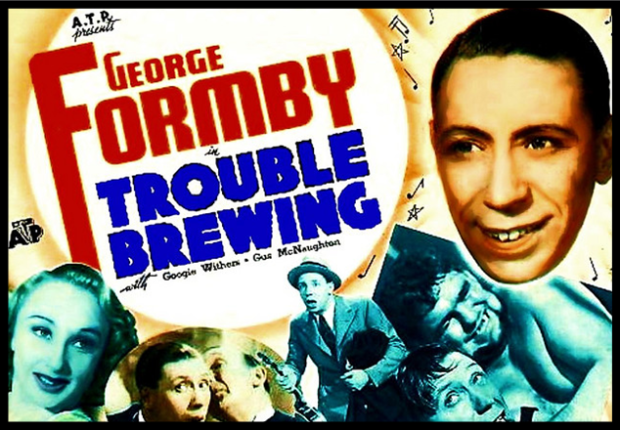