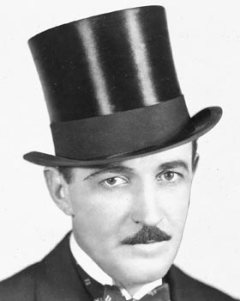 There was no-one else in silent comedy quite like Raymond Griffith.  He certainly bore very little stylistic similarity to Chaplin, Keaton or Lloyd. His closest evolutionary relative was probably Max Linder, with whom he shared a suave sophistication and silk-hatted swagger. Try saying that with a lisp.

To Linder’s breezy, debonair attitude, Griffith added a slyness and air of wry amusement that were entirely his own. In the 20s, Paramount billed him as ‘THE NEW SHEIK OF SLAPSTICK’; while slapstick was only a very small part of his modus operandi, there is something in the ‘sheik’ part of the description. His cool, effortlessly suave lounge lizard was very much a product of the 1920s jazz age, and like Harry Langdon, he was a reaction to the manic, larger-than-life style of many comics. Also like Langdon, his singular take on silent comedy was hugely appreciated by audiences clamouring for something different.

Griffith’s style was an example of the move towards greater sophistication in film comedy during the middle ’20s. At the extreme end of this movement were the ‘light comedies’, very polite films which were sometimes so light that they now barely seem like comedies at all. Griffith was able to balance the refined, sophisticated approach of light comedy with a more dynamic blend of sight gags and visual humour.

Partly, his visual instincts came from his training with Mack Sennett, for whom he appeared in shorts during the late teens.

He had then worked up to supporting parts in features. After garnering some great reviews for his roles, notably as a drunk in OPEN ALL NIGHT (1924), Griffith was promoted to starring status at Paramount; THE NIGHT CLUB launched his career in features with a high pedigree. It was produced and co-scripted by Cecil B DeMille, and directed by his protégées Based on the novel AFTER FIVE, it is a farcical tale in which Griffith is stood up by his bride, renounces all women and plots suicide, reconsidering when he inherits a fortune. (If you’re wondering where the eponymous night club features in all this, it doesn’t! Studios occasionally fabricated titles as “placeholder” listings in their upcoming film schedules – this was one such example. When it came to releasing the film, Paramount had promised something called THE NIGHT CLUB, so they delivered the unrelated film they had made under this title!)

Random title aside, it’s a warm and entertaining film. Griffith gives a wonderfully understated performance that sells the far-fetched story, and shows his trademark skill in creating laughter with subtle gestures and facial expressions.

THE NIGHT CLUB was a critical success, paving the way for several more Raymond Griffith features. The New York American echoed the sentiments of many when it commented that “Raymond Griffith gives Buster Keaton, Harold Lloyd or any of our million-dollar-a-year men a race for laurels.” 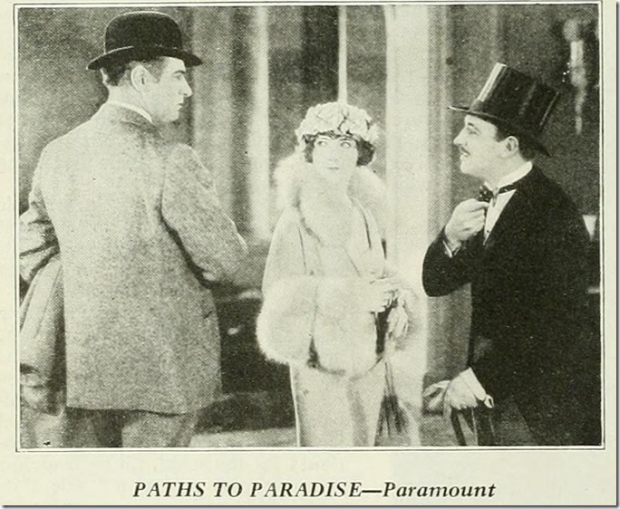 His next film was PATHS TO PARADISE, a terrific screwball-type tale of two rival cat-burglars. Griffith and Betty Compson are both wonderful in this witty and stylish comedy, constantly playing a game of one-upmanship before deciding to join forces to steal a diamond. The film shows exactly what made Griffith special; it’s hard to imagine any of the other major clowns playing a role on the wrong side of the law like this in their mature work. That Griffith plays a rogue and gets away with it speaks volume for his skill at creating a character. The film also benefits from snappy direction by Clarence Badger, and some excellent comic support (as always) from Edgar Kennedy. A scene where Griffith tries to dodge Kennedy’s torchbeam in a darkened room is simply wonderful. 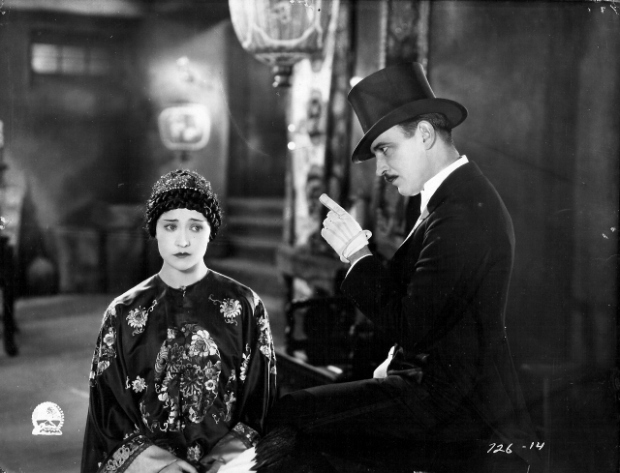 Another highlight is the closing car chase, in which the two thieves make for Mexico with the police in hot pursuit. It’s a thrilling ride with some terrific visual gags thrown in, but sadly, the final couple of minutes of the film, in which they decide to turn themselves in and go straight, no longer exist.

Sadly, this is portentous for the fate of most of Griffith’s other work. The two that do survive, the civil war comedy ‘HANDS UP!’ and ‘YOU’D BE SURPRISED’, reveal a truly unique and gifted talent.

In common with Keaton’s THE GENERAL, HANDS UP is a civil war comedy told from the point of view of the South. Griffith plays Jack, a cunning spy sent on a mission to destroy a gold mine that could help the Union troops win the war. The film isn’t available complete online, though the opening scenes below give a flavour. (The complete film is available to purchase from Grapevine video).

The Griffith feature available for viewing is YOU’D BE SURPRISED, a detective story that doesn’t quite come up to the standards of the previous two films, but is an enjoyable treasure nonetheless.

Sadly, we can no longer judge the quality of elusive films like WET PAINT, WEDDING BILLS or TRENT’S LAST CASE, so it’s hard to get a handle on his complete canon of work today.

With his individual approach, Griffith remained popular until the close of the silent era. Alas, he more than any other silent comedian, had much reason to fear the microphone. Griffith didn’t have a bad voice; he had virtually no voice, a previous illness having left him with little more than a hoarse whisper. He did make a pair of talkie shorts, ‘THE SLEEPING POR 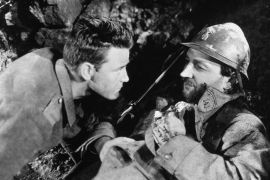 CH’ and ‘POST MORTEMS’, which provided excuses for his voice, but clearly this could only go on for so long. His final role was wordless, as a dying soldier in ‘ALL QUIET ON THE WESTERN FRONT’. While his acting career may have been over, he remained busy as a producer for 20th Century Fox, passing away in 1957.

Griffith was very much a unique talent, and we can only hope some more of his features turn up in the future.