Here’s a lovely surprise. The Harold Lloyd estate has started posting complete, HD restorations of the Lloyd Catalogue on their YouTube Channel. There are currently the beautiful Criterion prints of his features SPEEDY and SAFETY LAST, but the real gems are some less common one-reelers from 1917-1918. Featuring Harold alongside Snub Pollard and Bebe Daniels, the selection includes one of the very scarce surviving Lonesome Luke films. I feel like I’ve always neglected the Lloyd one-reelers a bit in favour of his ‘mature’ work, and I’m looking forward to acquainting myself with these. These prints look stunning, which really makes the films more enjoyable. Below are a couple of highlights, but be sure to subscribe to the YouTube channel for further updates. Thanks to the Lloyd Estate for making these available!

LOOK PLEASANT PLEASE – lots of fun gags in this one, and a great jazz score.

LONESOME LUKE, MESSENGER: One of the few examples of Lloyd’s Chaplinesque character to survive the fire in his vaults:

As always, films will be accompanied by the cream of silent film accompanists. Best of all, it’s only £30 for a weekend pass! Don’t miss it – tickets available at www.kenningtonbioscope.com 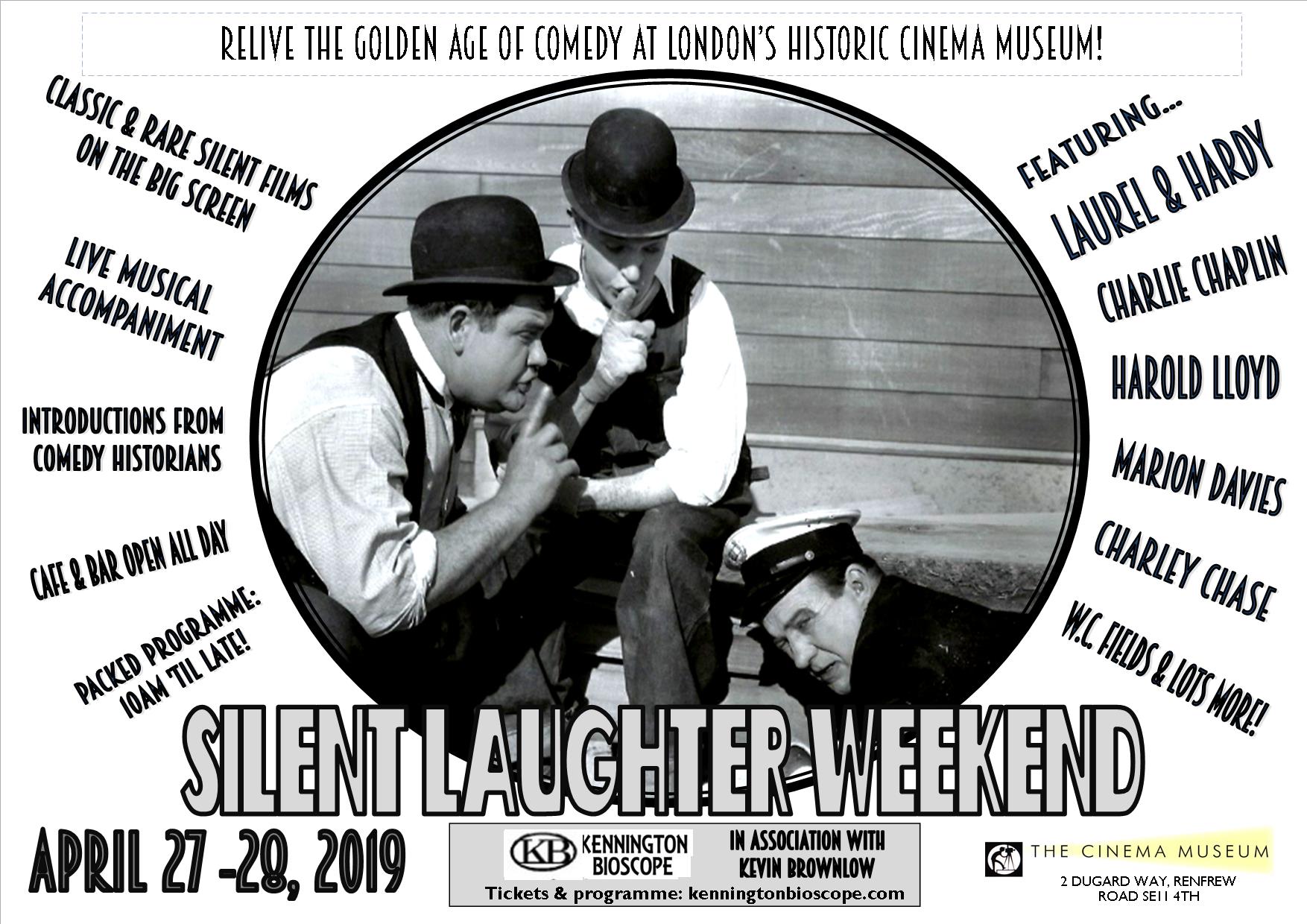 So, I finally got round to finishing the new issue – number 11! This time, there are articles on Monty Banks’ feature comedies, perennially soused character actor Arthur Housman, some Laurel & Hardy discoveries, and reviews of rare films starring Harold Lloyd and Lupino Lane.

If you’re a subscriber, hopefully it’s arrived in your inbox now; if not, head to The Lost Laugh Magazine to download the pdf.  I do hope you enjoy reading it! 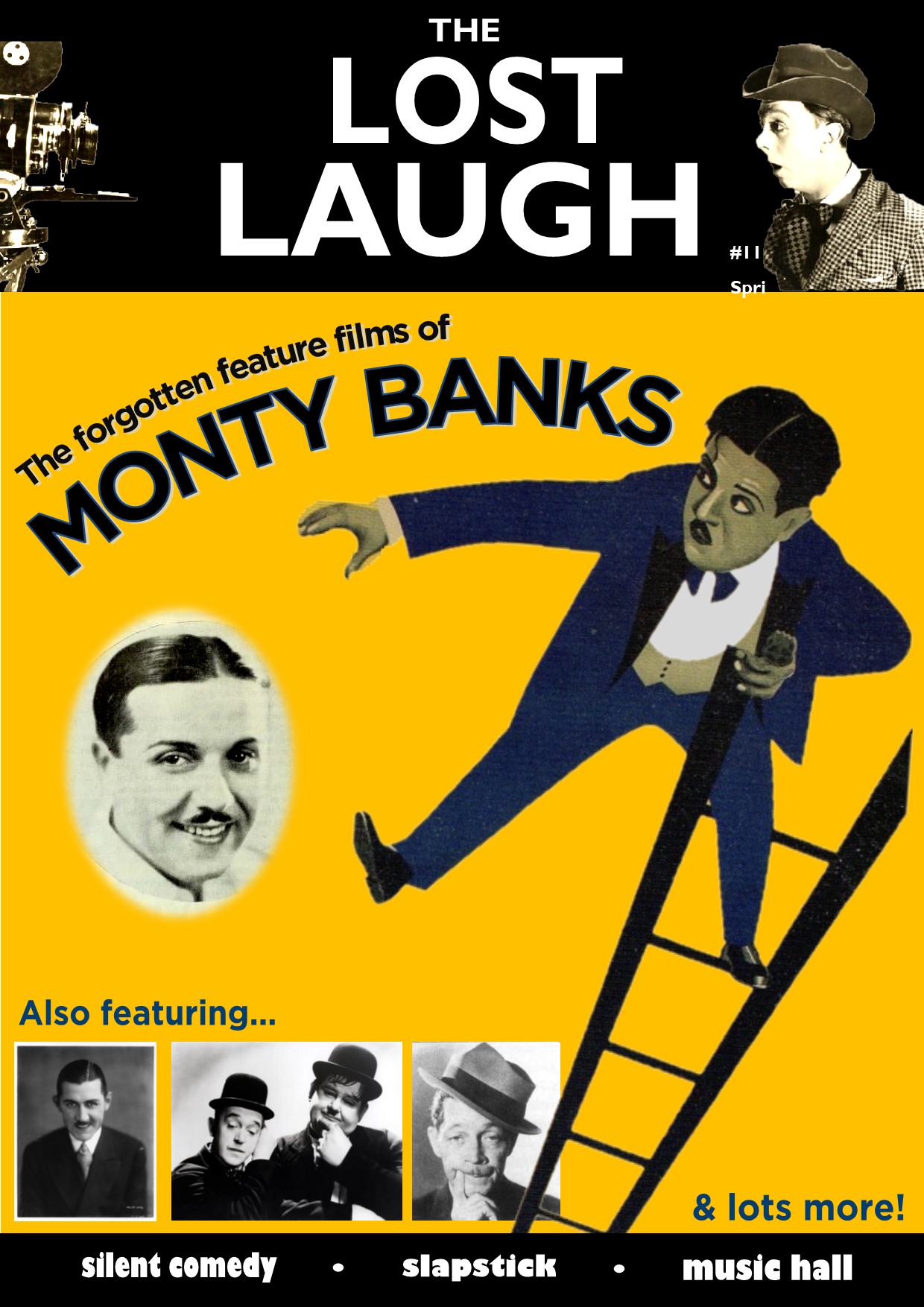 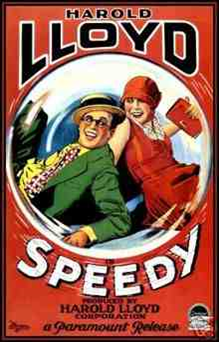 Harold Lloyd’s ‘SPEEDY’ is not an obscure or rare film, but one that manages to be consistently overlooked. It was Lloyd’s last silent film. As Harold ‘Speedy’ Swift, he’s a baseball fanatic who can’t keep his mind on his work long enough to stay in a job for more than a day at a time. Eventually, he gets work driving his girl’s grandfather’s horse-drawn tramcar, just as the big railroad company tries to force it out of business. The tram must run once a day to keep its franchise, and Speedy is charged with keeping the service running, despite all the big company’s attempts at sabotage. He manages to overcome all the obstacles to save the day, allowing Grandpappy to sell the line at a profit.  Alongside all his other classic silent features, it’s often overlooked. Alright; it probably isn’t his best film – there’s nothing as iconic as the building climb in ‘SAFETY LAST’ here, and the story isn’t as evenly sustained as in ‘THE KID BROTHER’, but personally, it’s my favourite of all Lloyd’s films.

So, what sets it apart for me? Well, first of all, SPEEDY has a rather different quality to many of his other films. Most of the other Lloyd features fall into two groups; the first, including ‘THE KID BROTHER’, ‘DR JACK’ and ‘GIRL SHY’ are based in small, rural towns. The other, more Metropolitan films, are comedies of jazz age city speed and thrills, like ‘SAFETY LAST’ or ‘FOR HEAVENS’ SAKE’. These all take place in the metropolis of Los Angeles, although it is never explicitly stated. ‘SPEEDY’ on the other hand, has a definite geographic setting, on the opposite coast. It specifically takes place in New York, with landmarks like the Yankee Stadium and Coney Island integral to the film’s plot. It even features real life baseball star Babe Ruth as himself. Neither before nor since in Lloyd’s career was the fantasy quite so inextricably linked with reality.

Most unusually for Lloyd, his character has already won the girl before the film starts; he’s confident and self-assured, and so we get a change from the usual ‘weakling has to impress girl by making a man of himself’ plot. While Harold still gets to save the tramcar and succeed in making a fortune, the plot is a bet less contrived than in some of the others. In fact, his relationship with Ann Christy is probably the most realistic and genuine of any of his films, having a real, winsome charm to it.   Their scenes at Coney Island are one of the highpoints of the film, and there is a lovely little scene where they catch a lift back to town in a furniture van, setting up home and dreaming of the future during the ride back.

This charming quality applies to the film as a whole; the outdated streetcar is matched by the now-vanished Coney Island funfair scenes, always a highlight. From here, through backstreets of New York, to hot dogs, yellow taxi cabs and baseball, Lloyd celebrates icons of Americana. None of his other films reflect the title of his autobiography, “AN AMERICAN COMEDY”, quite so well. With the passing of time, this has taken on an even greater nostalgic quality. Indeed, the whole film is permeated by an atmosphere of celebrating the old ways as the modern world changes everything. Is it just a coincidence that this is the film that Lloyd was making as Sound technology threatened to change the movie industry and the careers of the silent comedians beyond all recognition? (As a footnote, It’s interesting that Keaton’s last independent silent, ‘STEAMBOAT BILL JR’, also celebrates an obsolete form of technology).

Truthfully, ‘SPEEDY’ is somewhat haphazardly constructed, but there are lots of high spots, with Harold’s continued failed attempts to hold down a job provide for plenty of good gag sequences. The best is probably his short-lived career as a taxi driver, which even includes a cameo by Babe Ruth! To top it all off, there’s a classic Lloyd chase through the streets of New York, as he races to the finish line, driving the streetcar like a chariot. Lloyd later recalled how an accident when he crashed the streetcar was worked into the film, a brilliant example of the fluidity and spontaneity of silent technique, soon to be lost with the crushing rigidity of the talkies.

SPEEDY is a real charmer, and a fine way to draw the curtain on the silent era. Lloyd’s next film, the talkie ‘WELCOME DANGER’ is best forgotten. I prefer to leave him at the high point of SPEEDY, racing his streetcar to the finish line.

Here are a couple of my favourite scenes. First, Harold’s trip on the subway…

… and two icons of Americana together: Harold meets Babe Ruth…